The Interesting Effect on Small Businesses of Raising the Interest Rate

The Interesting Effect on Small Businesses of Raising the Interest Rate

The Importance of the Federal Reserve Interest Rate

The modern global economy is, for better or worse, the ultimate example of a snowball effect. Small movements up or down in the markets are exacerbated by the crowd mentality inadvertently taken on by the majority of investors, causing blips up or down to gain momentum quickly. For this reason, the Federal Reserve Bank (America’s central bank) uses it’s control over lending interest rates to ensure that the market doesn’t go so far in either direction as to put the people of the United States in danger. Janet Yellen, the chairperson of the Fed, recently announced that the interest rate would be increased as to moderate the growth currently occurring in the markets. As frustrating as this might be to many investors, the effect on small businesses of raising the interest rate will prove to be a positive, and could even help to stabilize the American economy as a whole.

What is the Federal Reserve interest rate?

Why does the Fed move the interest rate up or down?

One of the main reasons that the Fed changes its interest rates is that it hopes to indirectly influence monetary policy throughout the entire economy. Although it cannot order the banks to change their lending/borrowing policies, the Fed effectively has power over the interest rates of banks due to its ability to control inter-bank lending. This means that when the Federal Reserve wants to slow down lending because it believes that banks are becoming too careless and could lead to over-inflation/a market crash, they can increase their own interest rate so that banks do the same and consumers are deterred from attempting to take more money in loans. Because one of the effects of low vs high interest rates on businesses is how much money they are willing to borrow, the impact of the federal reserve interest rate on small businesses can be enormous. At the same time, people will want to buy things like bonds that allow them to take advantage of the higher interest rate rather than moving money in and out of the stock market, causing a decrease in cash flow and a slowdown of inflation. Therefore, when it appears that the market is going to tip or that inflation is becoming a detriment to the American economy, the Fed can take the measure of hiking interest rates so that money stops moving around and getting borrowed. Conversely, if cash flow is stagnating too much and it appears as if the economy is headed towards a deflationary spiral, the Fed can decrease interest rates to spur lending and cash flow that will give the economy the boost it needs. One of the ways that increasing the interest rate will affect small businesses is to slow their cash flow but make their finances safer.

What is happening to the Fed interest rate right now?

The market crash of ‘07-08 seems like a memory from the distant past, and stock values are climbing to all-time highs with each passing month. As a result, the snowball forces that so often seize the minds of the consumers are putting the U.S economy at risk of a crash due to overvaluation. Realizing this danger and acknowledging that the growth-spurring low interest rates that were instituted after the housing crash in the late 2000s are no longer necessary, the Fed has decided to raise its rates moderately for the second time in 2017. The importance of the Federal Reserve Interest Rate comes through in its ability to keep the economy growing at an efficient but safe rate, and this is what the Fed is attempting to do with the hike. Janet Yellen and the rest of the decision-makers at the Fed hope that this moderate change will be enough to protect America from allowing the wave of the stock market to become too tall and crash, but will not be enough to entirely put an end to the consumer enthusiasm that brought the United States out of its housing crash glut. The hope is that the Fed can manage the effect of the federal interest rate change on business and commerce by keeping its numbers moderate.

Along with raising rates so that the consumers and banks slow down for the sake of safety, the Fed is also planning to get rid of some of the assets that it holds from the housing crisis era, including a total of $4.5 trillion dollars in various types of bonds. By freeing up some of the bonds that would otherwise not be on the market (as they would be owned by the fed), the central bank hopes that consumers and financial institutions will place their money in fixed-income assets (bonds, annuities, etc.) rather than continuing to push it into the market where it will contribute to inflationary concerns. In essence, getting rid of these assets is good for the same reasons that the fed changes its own interest rates.

Although some investors hoping to capitalize on growth in the U.S stock market might be disappointed by the prospect of slowing down, the incredibly high values of American stock indexes (S&P 500, DJIA) suggest that a dramatic move upwards is unlikely in the short-term. At the same time, the fact that the Fed is raising interest rates as to slow down growth would suggest that the institution is fairly satisfied with the position of the American economy at the moment. Because the impact of raising the federal reserve interest rate is to slow things down, the decision to do this is to say that the status quo is basically fine.

What impact will an interest rate increase have on small business?

Along with the fact that rising interest rates are a good indicator of a highly valued economy, the higher rates that banks can now competitively charge borrowers will incentivize them to give out more loans to businesses and consumers alike. However, while a more liberal lending environment can definitely give both individuals and institutions easier access to money, it can also create a riskier situation for small businesses that want loans from a bank. This is why the impact of raising the federal reserve interest rate can either help or hurt American business depending on the situation.

First and most obviously, the higher interest rates that will be charged after the hike officially occurs will require companies that take out bank loans to pay more money back to their lenders than they would have before the interest rate raise. In addition, businesses that choose to take out adjustable rate loans will risk getting a bad surprise when they open the papers one day to read that the federal reserve interest rate forecast includes another hike (which it is expected to do in the near future). On top of this, many analysts, including legendary investor John Hussman (who predicted the 2000 and 2008 crashes) are beginning to think that the record highs of the market are indicative of an upcoming downturn; Hussman says that the losses of the overall market could go as high as 60%. As a result, the uncertainty surrounding loans combined with the potential caving in of the market make loans more dangerous than many small businesses are willing to risk. If the market ends up crashing despite the Fed’s attempts to slow it down, the effect of the fed interest rate rise on loans for small businesses would be negligible.

The Ledger reported that “Commercial and industrial loans have seen the biggest slowdown, rising by only $67 billion [from March 2016 to March 2017] compared with $191 billion over the course of 2016.” This slowdown of bank lending does not mean that businesses will have less access to funding, however. A dragging market for bank loans could prove to be a booster for the alternative funding industry.

As a better alternative to bank loans that might become more dangerous over time, alternative funding solutions have the potential to grow significantly in popularity over the coming months. Lending options that do not require the borrower to take on debt, including invoice factoring, become more desirable in times of economic uncertainty, and the slowdown of loans does nothing to stop factoring companies from continuing to buy receivables.

If your business is looking for fast cash and does not want to deal with the uncertainty of rising interest rates or debt in an unstable economy, call The Factoring Marketplace today. We can help your business get the money that it needs without any debt so that you are as well-positioned for success as possible. 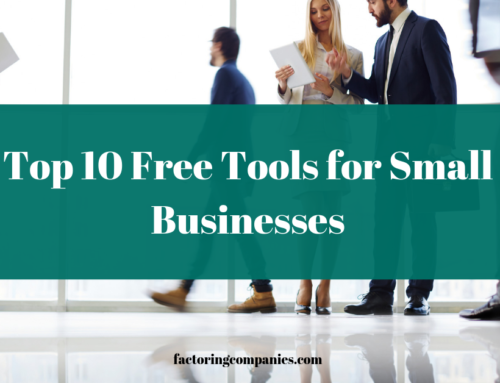 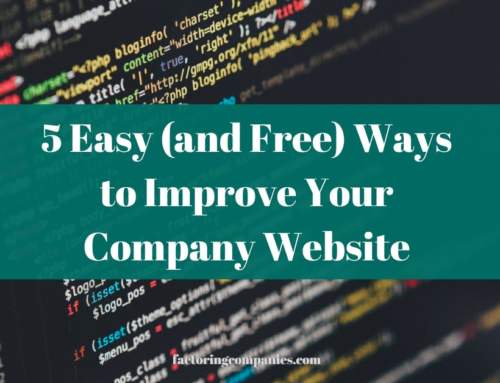